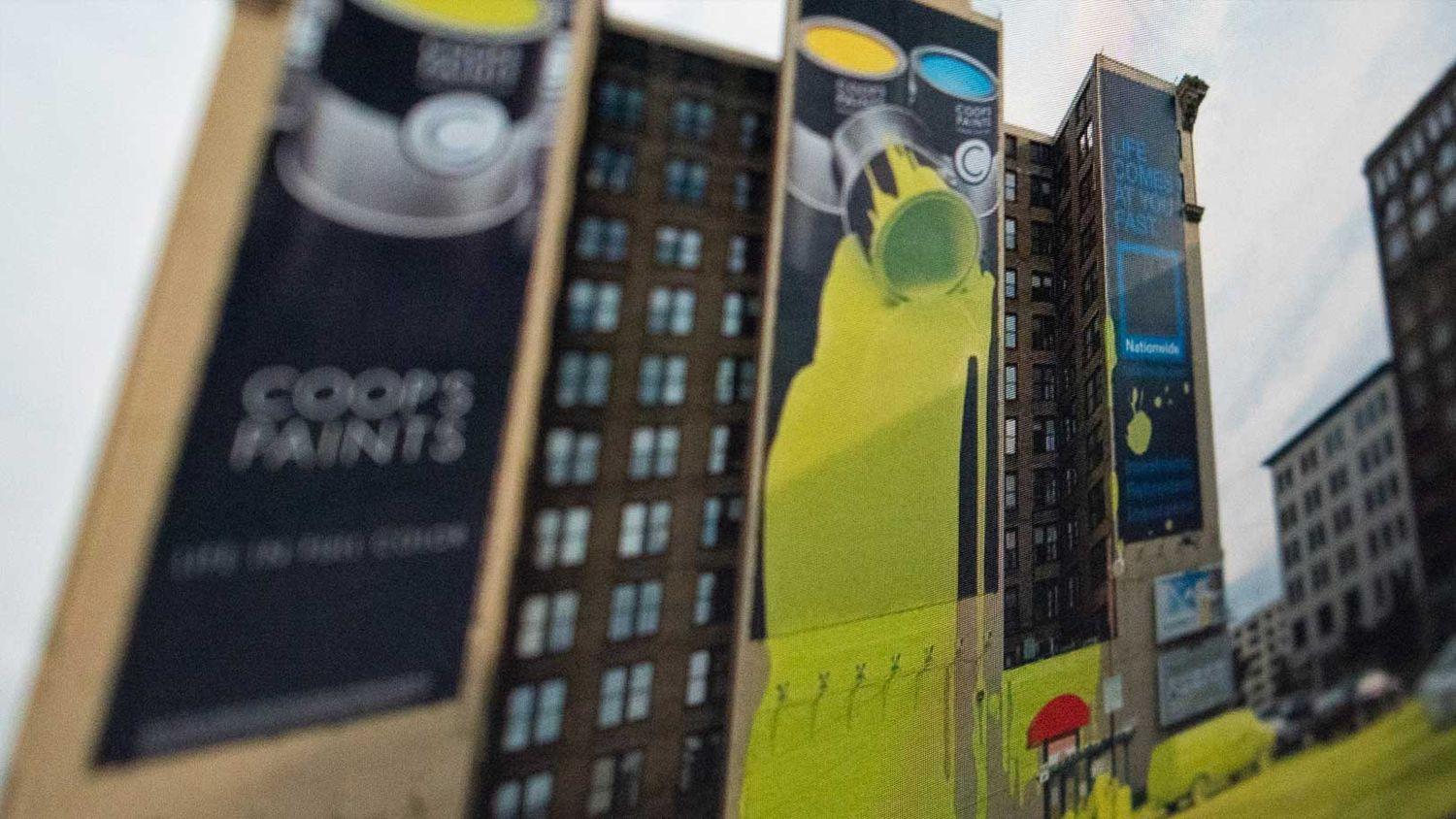 OBM pushes the boundaries of out-of-home advertising with its larger-than-life installations. As the lead designer and art director, they've crafted spectacular wall-scapes that have captured the nation's attention and earned recognition from major brands like Nationwide Insurance, City of Columbus, Miller Brewing Co, and Business First. Each project is an opportunity to showcase their creativity and leave a lasting impact on the community.

The Coop's Paint Nationwide Paint Ad was created in partnership with TM Advertising, representing many months of planning, lots of paint, three cars, and tons of imagination. This ad went viral immediately and was featured in Communication Arts, won an OBIE Award, made the shortlist at Cannes Advertising Festival, and was a finalist at One Show.

The result was pretty stunning and easily attracted attention. The picture from the air was from an RC helicopter, but this ad could be seen from airliners coming into Columbus. 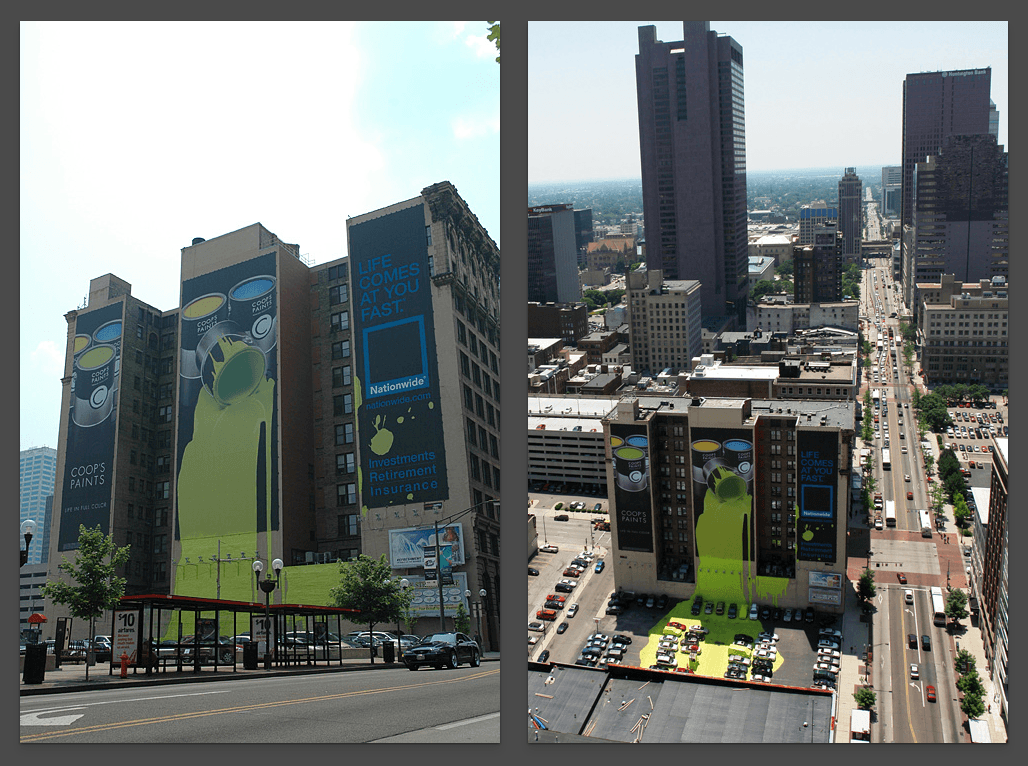 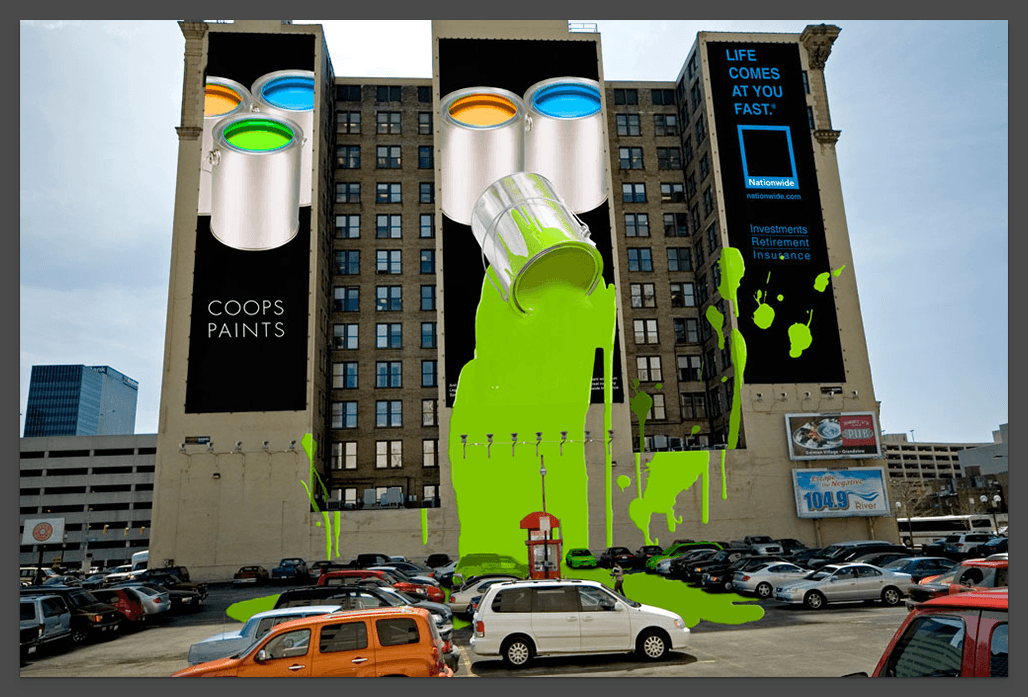 A development company wanted to hide its construction site and represent what was being built. 1:1 scans of the architect's renderings were printed and attached to a frame supported by telephone poles. The picture on the left was the printed facade, the right is the actual building.

Miller wanted an ad that reflected Columbus. The Columbus skyline was created in Photoshop with images of beer foam. 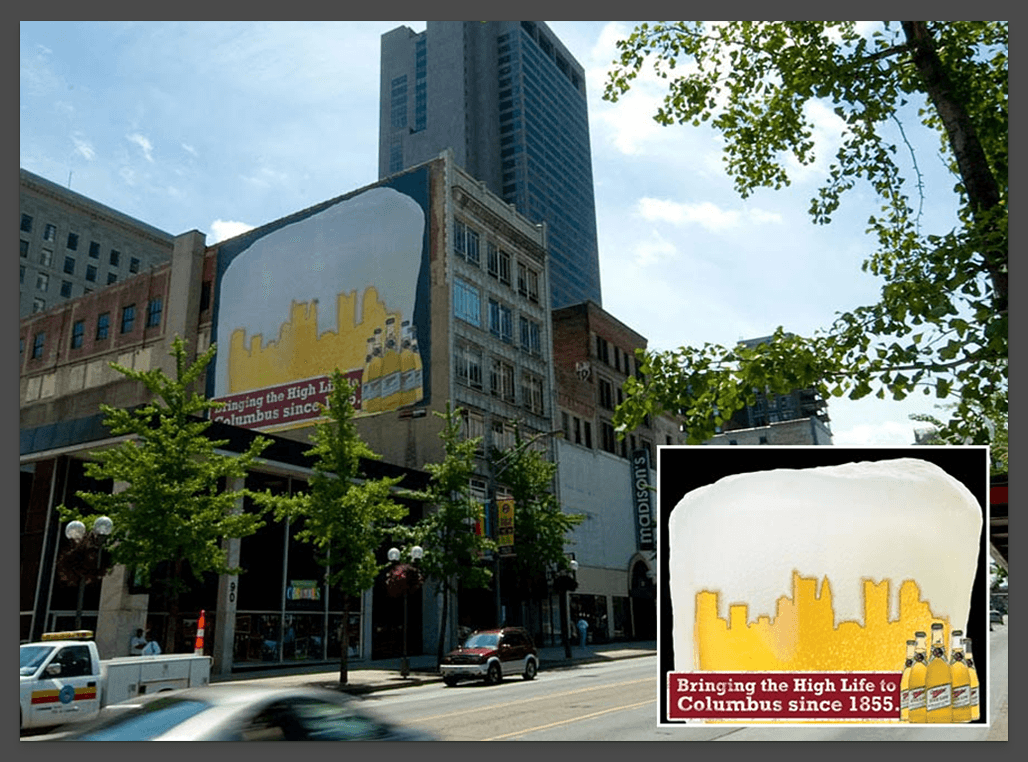 Business First wanted something that displayed its core values in its lobby. With a shift to more digital media, I wanted this to be a throwback to the traditional print days. 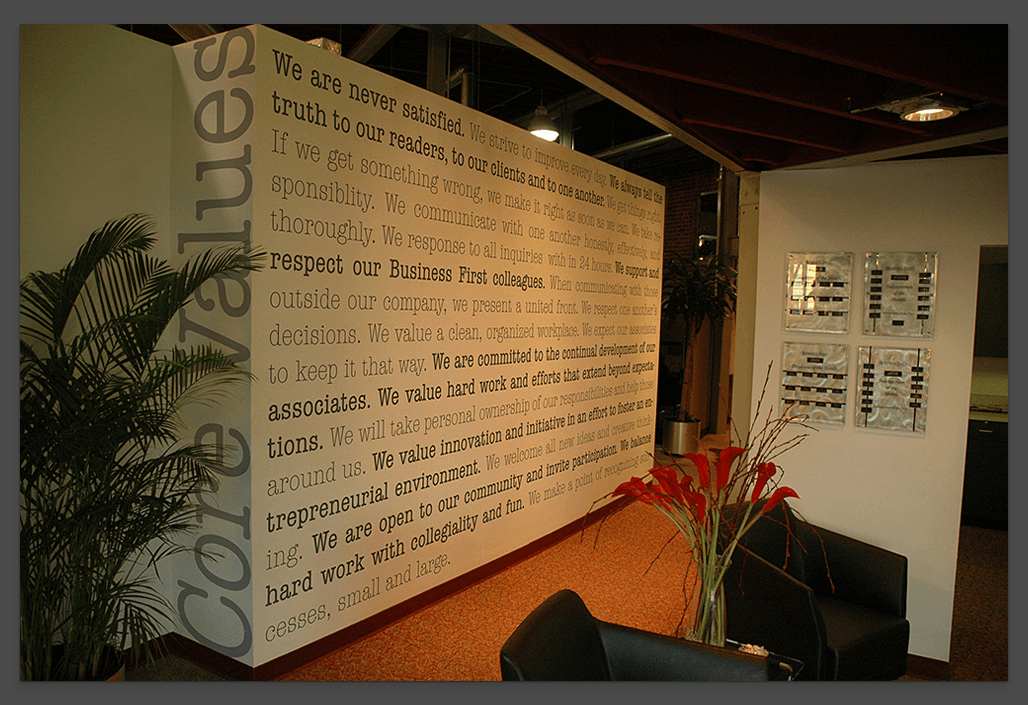 After our first successful project with Business First, they wanted to create an outdoor installation on their building to celebrate their success.

During my time at OBM, there were MANY MANY concepts that were floated by a client that never see the light of day, typically because of funding issues, project scope, or business goals. These are some of my favorite concepts that I designed.

A lenticular magnet that would show a zit clearing up after the use of an Oxy cleansing pad.

An illustration of the Columbus skyline for a local client.

A throwback to the old Coor's Light advertising, this featured Columbus in the middle of what could be the Rocky Mountains.

This was the initial idea for what is now known as the Coop's Paint Ad. I believe this idea was later used in a Nationwide TV commercial. Another idea for Nationwide's typical placement on the Atlas building in Columbus. A throwback to the old Marbolo Marlboro ads.

A quick rendering of a themed Mini Cooper, the concept would be this car would show up, set up a small stir-fry station, and distribute samples of their food. 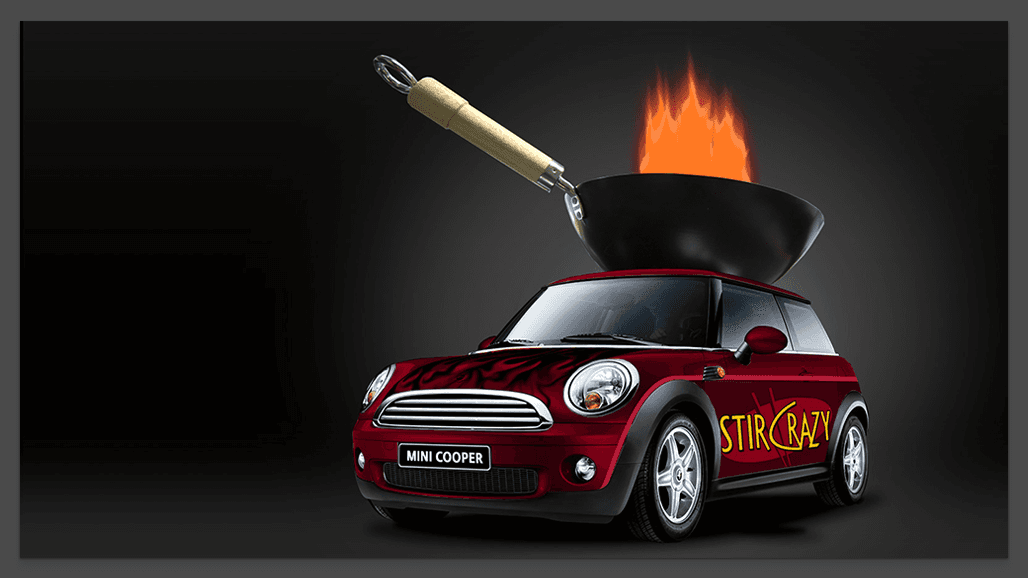 An exploration of what it would be like to have a branded parking garage. 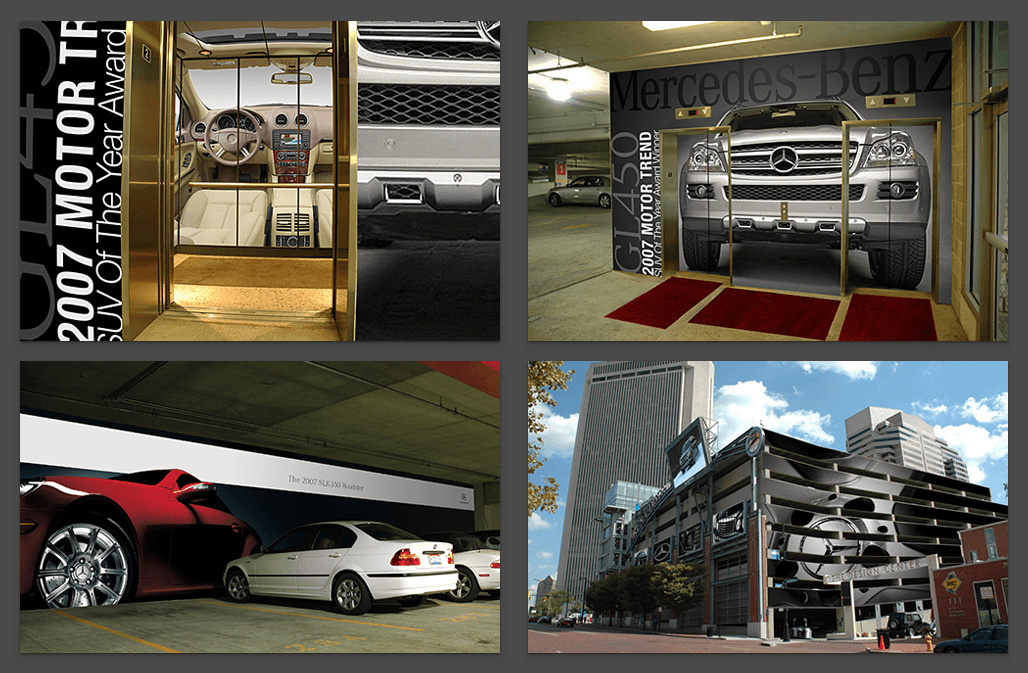